The aim of the FDMNES project is to supply to the community a user friendly code to simulate x-ray spectroscopies, linked to the real absorption (XANES, XMCD) or resonant scattering (RXD) of the synchrotron radiation. This ab initio approach, wants to eliminate all the methodological parameters. First mainly mono-electronic, using the functionnal density theory (DFT), it includes now multi-electronics advances with the use of the time dependant DFT (TD-DFT) for a better taking into account of the excited states linked to the photon-matter interaction. It includes also the Hubbard correction (LDA+U) for a better description of the so called correlated materials.

Condensed matter code for modelling x-ray and electron spectroscopies and materials properties. FEFF is an automated program for ab initio multiple scattering calculations of X-ray Absorption Fine Structure (XAFS), X-ray Absorption Near-Edge Structure (XANES) and various other spectra for clusters of atoms. The code yields scattering amplitudes and phases used in many modern XAFS analysis codes, as well as various other properties. in FEFF9 there are several new spectroscopies which can be calculated with FEFF 9, including electron energy loss spectra (EELS) and non-resonant inelastic x-ray scattering (NRIXS). In addition, there are a variety of improvements. These include; (1) ab initio Debye-Waller factors; (2) improved treatment of inelastic losses; (3) an improved treatment of the core-hole interaction; and (4) more accurate treatment of crystalline systems with k-space calculation of the Green's function. FEFF9 comes with the JFEFF GUI.

The GNXAS package is a computer code for EXAFS data analysis based on multiple-scattering (MS) calculations and a rigorous fitting procedure of the raw experimental data. The main characteristic of the software are: + atomic phase shifts calculations in the muffin-tin approximation based on atom self-consistent relativistic calculations. Account for the neighbors is taken. + Inclusion of inelastic losses through complex Hedin-Lundqvist potential. + Calculation of MS signals associated with two, three, and four atom configurations using advanced algorithms. Use of an advanced fitting procedure that allows: + to fit simultaneously any number of spectra containing any number of edges, + to use directly the raw data without any pre-analysis, + to account for complex background multi-electron excitation features, + to use various model peaks for the pair, triplet and quadruplet distribution functions, including non Gaussian models and extreme cases. In all cases absolute parameters can be fitted, - to treat liquid phase or disordered systems and extract reliable g(r) functions in the short range, - to perform a rigorous statistical error analysis and plot two-dimensional correlation maps, - to provide a flexible scientific tool for EXAFS data analysis where the user has access to every stage of the calculation. - full modularity that makes easy to interface parts of the GNXAS software with other available software.

MXAN performs a quantitative analysis of the XANES energy range. This is based on a comparison between experimental data and many theoretical spectra that are calculated by varying selected structural parameters of an initial putative structure, i.e. a well defined initial geometrical configurations around the absorber. Hundreds of different geometrical configurations are needed to obtain the best fit of the experimental data. The calculations are performed in the energy space without involving any Fourier transform algorithm; polarized spectra can be easily analysed because the calculations are performed within the full multiple scattering approach. Recently, MXAN has been developed in the framework of the multiple scattering theory and successfully applied to the analysis of several system, both in solid and liquid state. The MXAN procedure,encompasses also the phenomenological broadening and the electronic charge fitting. 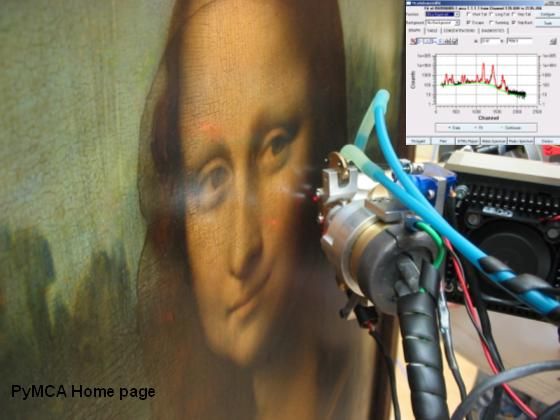 X-ray Fluorescence Toolkit (visualization and analysis of energy-dispersive X-ray fluorescence data). . The program allows both interactive and batch processing of large data sets and is particularly well suited for X-ray imaging. Its implementation of a complete description of the M shell is particularly helpful for analysis of data collected at low energies. It features, among many other things, the fundamental parameters method

VASP is an ab initio simulation package based on DFT. It is used for atomic scale materials modelling, e.g. electronic structure calculations and quantum-mechanical molecular dynamics from first principles. VASP computes an approximate solution to the many-body Schrödinger equation, either within density functional theory (DFT), solving the Kohn-Sham equations, or within the Hartree-Fock (HF) approximation, solving the Roothaan equations. Hybrid functionals that mix the Hartree-Fock approach with DFT are implemented as well. Furthermore, Green's functions methods (GW quasiparticles, and ACFDT-RPA) and many-body perturbation theory (2nd-order Møller-Plesset) are available. Central quantities, like the one-electron orbitals, the electronic charge density, and the local potential are expressed in plane wave basis sets. The interactions between the electrons and ions are described using norm-conserving or ultrasoft pseudopotentials, or the projector-augmented-wave method. To determine the electronic ground state, VASP makes use of efficient iterative matrix diagonalisation techniques, like the residual minimisation method with direct inversion of the iterative subspace (RMM-DIIS) or blocked Davidson algorithms. These are coupled to highly efficient Broyden and Pulay density mixing schemes to speed up the self-consistency cycle. 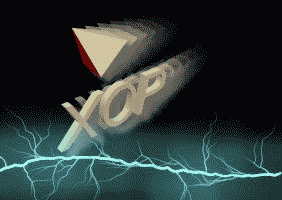